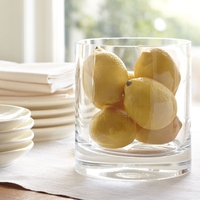 I was born asexual by nature. Not having any sexual attraction or desire toward any male or female is something that I am very proud of. My asexuality is a part of my identity as a female human being.

Men are an issue that I gladly never had to deal with. Especially as far as romantic relationships were concerned.

The only major problems that I ever had with particular men was those ignorant undesirable ones who resented me for rejecting them.

They were so very insecure and resented me so much that they sought out revenge on account of their feelings getting hurt along with their egos getting bruised.

To me, the entire situation and circumstances were ultimately ridiculous.

There were three of these degenerates all together about a decade ago who went around and spread rumors about me in an attempt to bring me down. The three of them all failed within their endeavors, of course.

They had tried to ruin my life through the use of evil black magic/Brujeria because they could not destroy me naturally. I was too intelligent, confident, and too strong of a female.

None of my character changed one bit while these three scumbags all attempted to alter my individuality and destiny.

I’ve always had jealous, envious, miserable people who worked witchcraft against me all through out my life-including my no good family members. They were the ones who had started all of the trouble to begin with due to their own feelings of ill willed jealousy and envy.

So when the three guys had come after me there was a team effort going on with the rest of my enemies (the trash).

What was so absurd and obnoxious about this whole ordeal besides these people not wanting to see me get anywhere in life or wanting to see me down and out and unhappy, was the fact that they had this sick infinity with my indifference toward men. And they still all do.

I innately lack care and concern for men within the intimacy department. Along with holding them as insignificant and bearing no importance to me.

I was genuinely born this way.

My apathy toward men is not spiteful or done out of any past hurt because I have never been in any passionate love relationship nor had I ever had any real deep feelings for a man.

There are men in the world who do not have any real desire or feelings for women. They just use some of them for sex, money, and whatever else.

I do not have a problem with that. I do not find this offensive in the least bit. It has absolutely nothing to do with me or my life so why should I care? To each his or her own.

Years ago before when I thought about the idea of having a child I said if I could not afford to go to a sperm bank that I would use a man for his sperm then go about my business without looking back.

That is just the way that I am. No strings attached, no emotional attachment, no nothing. There is no type of physical, mental, emotional, or sexual desire, need, or attraction for a man that is within me whatsoever.

I, however, do not plan to ever have any children. If I did, i’d definitely resort to the sperm bank. A man would never be one of my sacrificial options. The act would be too much of a turn off for me, considering the way that my mind operates. Penis and balls do not work for me.

Til this day, even after ten years an some change (a little over ten years) later, I am still being targeted.

The major issue and problem regarding my enemies and those three guys were the fact that I had never gotten done in or dogged out by any man before. I know that this sounds sad but this is the mentality of the average degenerate.

Women within their category are jealous of me because I never had to go through the things that they had went through and had allowed themselves to go through with particular men. They all have regrets and insecurities that I will never have and experience, and I can talk about the instances.

The men within their category are jealous and resentful because they cannot talk about me in any derogatory manner unless by telling a bunch of negative outrageous lies. And because they feel that I am riding too high for a female.

Back during the time my enemies were spreading their gossip, rumors, and lies they had to use their black magic tactics in order to try to make their slander appear genuine and legitimate.

They even tried to make me fall for their sick illusions and delusions. They actually expected me to believe things, feelings, and acts about myself that were nowhere near the truth.

I thank my most beloved ancestors and orishas for loving and respecting me enough to not let any of that garbage affect me and manipulate my mind. I just had to give them that praise along with my strong mind and spirit.

Now to the ignorant and weak minded individuals who may have believed or fell for the lies and innuendoes that were being circulated that was totally their problem.

I never cared what people said or thought about me. Just as long as nobody put their hands on me. Otherwise there would have been some serious backlash.

Nevertheless, my enemies all knew what they had done. The black magic/brujeria, the slander, the harassment. They only hurt themselves though. None of them had gotten what they wanted out of the entire ridiculous ordeal. I did not come down. I did not care.

If anything, I grew, expanded within self, then retaliated with my spiritual gifts.

My life has been enriched. My horizons are broadened. I am so very grateful for the experience that taught me the depth of how grave my purpose is in life.

This morbid conspiracy amongst some of my enemies along with the males who could not handle my strength, knowledge, confidence, honesty, and rejection of them and their kind is completely insane. I know what it is all about anyhow. This is a sick society that prefers to keep certain people restrained and under the control of the corrupted.

I am thirty seven years of age now but I had been told years ago that I had a lot on the cap for a young girl-which I had already known.

I knew things that a lot of other people didn’t learn until they reached a certain age. That was all due to me being born with a caul/veil.

And that was another reason why my enemies tried to get over. Thinking that because I was young people would believe their lies since most people assume that the young are inexperienced or lacking within knowledge. And because I had the gift of second-sight for those who knew about it.

My enemies from time to time try to get inside of my head. They still attempt to change my way of thinking. They try to break my resilience. They try to weaken my senses. All to get me to submit to the so called “superiority of a man”.

I do not understand why they believe or assume that it is possible for a man to destroy me if I were to get involved with one due to the negativity or particular circumstances.

No one can control or destroy anybody unless one allows them to.

Anyway I am not the type that a man would be able to destroy. And no type of evil witchcraft or black magic will help out in the process either. 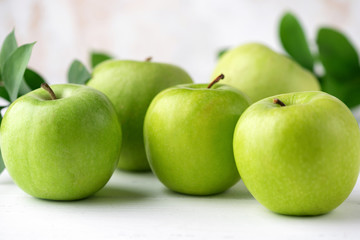 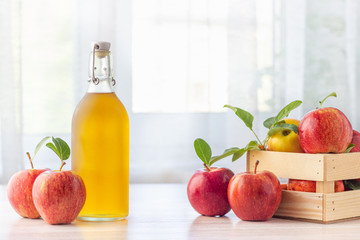