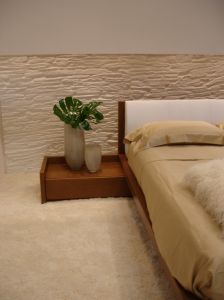 There are people that exist who are absolutely not interested in sex at all.

There are certain men and women in the world who do not have any sexual desire or attraction toward one another whatsoever.

And I am one of those particular individuals. I was born asexual.

I had known about my sexual identity ever since the age of fifteen. Some people claim to have never heard of the term “asexual”.

Many who have heard unfortunately have a lot of misconceptions as to what asexuality actually is and means.

Asexuality is not equivalent to celibacy due to the fact that one does not choose to become asexual.

Celibacy is a personal choice that some people make when they decide to abstain from having any type of sexual relations (intercourse).

Asexuality is only similar and a form of being celibate for those who do not engage in a lifestyle that includes having sexual intercourse.

Some people who are celibate still have a sex drive.

They tend to be lustful with desire they just refrain from the indulgence in sexual activity for whatever reason that they may have chosen.

With asexual people there is no sexual appetite.

There are asexuals who have had sex before within their lifetime yet they did not acquire an enjoyment or satisfaction from the experience.

Just as each human individual is different so is that of those who are of an asexual nature.

We do not all fall and fit into the same category.

Certain asexual people do yearn and look for the companionship that is within a romantic relationship. Their lack of interest in sex does not mean that they have a lack of emotional feeling or affection.

While some will submit to sexual activity on account of pleasing a partner. There are others who indeed will not.

I, for instance, am totally turned off by romantic gestures and sexual intimacy. I never felt the need or desire to get involved in a relationship with anyone-male or female.

I am not and have never been attracted to men or women.

Although there have been quite a few men who had sought after me diligently without having much luck or success in the process.

When it comes to a man I am naturally not the emotional and affectionate type.

As I am considered “frigid”, cold in both my attitude-mentally and physically-as well as emotionally, I do not have a problem with that. I feel no remorse.

I am very proud of who and what I am as a person. I love my nonsexual, independent lifestyle.

In a highly sexualized society I find a freedom and liberation in being asexual. There is a power that reigns from within, and that shines.

My own asexuality defines a great part of who I am. And I would not have preferred to have been designed in any other way.