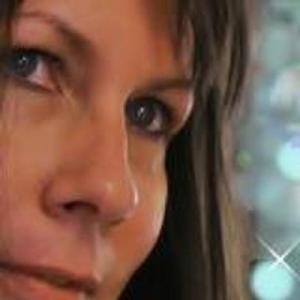 In the year 2010 I was approached in an email from one of my sites on the web from a guy by the name of Jade Edwards (who also goes by the name Johnny Blade).

He claimed that he was a “caulbearer” who was the founder of Sok Ko Healing Modality. And that he was contacting me on account of a site titled caulbearers united.

Jade wanted me to get in touch with his girlfriend Shannon Lee Wolf (who’s real name is Sharon Lassiter) because she was suppose to be the owner of the site. Jade had also stated that Shannon was a caulbearer.

I, LaToya Lawrence, who indeed was genuinely born with a caul had immediately received a very bad vibe from this email then sent back a written email to decline on the offer. I had my own positive things going on. I had no intentions of joining anybody elses website.

I am a leader. Not a follower.

A real person actually born with special spiritual ability (clairvoyance/extra sensory perception) can automatically sniff out foul play and negativity from anywhere if they are deeply in tune.

This Shannon Lee Wolf woman-who I never had any faith in to begin with-later left a comment on my blog still inviting me to come join her website that was suppose to be dedicated to those “rare and special people in particular” who were born of the caul/veil.

I never responded back to Shannon. I just dismissed her and her site altogether.

She, however, started following my blog at the time yet listed my site as one that was misleading to the public. Shannon Lee Wolf accused me of posting false information on my blog as well as plagiarism.

I had shared only one post of information on my blog from another website regarding the caul for other people to observe for themselves and Shannon tried to insinuate to everybody that I was claiming the material as my own which had not made any sense whatsoever.

That was a number one sign that this Shannon woman was indeed no actual person who was genuinely born with a caul.

In reality, she was stealing information from my site about my own personal knowledge and experiences then trying to claim my material as her very own.

Shannon had also began to steal literature from the other certain members of her site. She was trying to use these people as money-making objects. And trying to work negativity against people (black magic/witchcraft) to make them vulnerable.

She had tried sending negativity towards me for ratting her out and I retaliated back against her by burning candles. I had blocked her negative energy out completely. She was no match for me. I am real. She is not.

I had publicly exposed this Shannon Lee Wolf scam artist on my blog.

And soon enough later, other people had caught on to her and her phony scheme of trying to exploit the online public for her own personal gain and needs.

It turned out that Shannon Lee Wolf, who’s real name is Sharon Lassiter, was in severe dire straits.

Shannon Lee Wolf had credit problems, she lost her job, she lost her apartment. Jade does not have a job and the both of them were on the verge of being evicted from their current apartment, and plenty more.

This information came out during a court case that was filed by Shannon in an attempt to claim social security disability benefits twice. Both of her cases were denied. So she filed a claim that was also denied. The rest of this information can be found at the links below.