As a child I wasn’t sheltered. I’d seen and heard a lot and encountered numerous types of people and situations while at the same time not being negatively influenced within my own behavior by incorporating undesirable habits or lifestyle choices, yet informed, as I had a mind of my own.

I had firsthand experience without having to personally indulge in order to know and since I was spiritually inclined I was able to clearly discern things that were hidden under the surface and I definitely knew what appealed to me and what turned me off and what I wanted to avoid as I grew up in life.

One of my strongest points is my excellent communication skills and comprehension. What I lack though is a sympathetic nature toward people and the world in general. I do love the hell out of puppies and dogs, though, they just steal my heart…

My experiences with brujeria:

With all of the personal information that I have on this subject I could write a book about it. I spoke to a lady over the phone about six or seven years ago who was suppose to be a psychic. I mentioned the word “brujeria”.

“Well then how do you know about brujeria?” she said.

Then I went on about the nganga (cauldron), the paleros (grave robbers), the kiyumba (corpse that is used) then she stopped me. “Alright, alright”, she uttered.

I mean the ignorance in some people. I am an African American with Native American Indian descent. I am spiritual and know that magic (voodoo) first originated in Africa so why wasn’t I suppose to know? Anyway, I don’t know where to begin since this all started when I was at the age…

I didn’t fret at all during that period of undergoing heavy witchcraft. There was no need for me to. I knew spirit had me and that divine intervention would make things right

Adversaries are plagued by medical problems, deaths, social conflict, personal difficulty. They are to suffer greatly it was inevitable.

Adversaries don’t understand why, have they forgotten what they’ve done, or maybe that was my error as to them they did nothing wrong?

So dumb, don’t even know or realize that so much of their troubles stem from their own past actions.

There is no rationality within an ill mind, disturbed and, sick to the core. Oh, but they don’t believe so.

Santeria/Brujeria was done to me out of envy and jealousy in an attempt to change my destiny. Was it really that funny? It wasn’t comedic to me as now it is tragic for you all.

We got the last laugh.

The universe has been so kind and generous to me so faithful and benevolent as can be.

Karma is so much the bitch that I want her to be!

The Loves Of My Life

In The Word: Spiritual Food (The Bread Of Life) 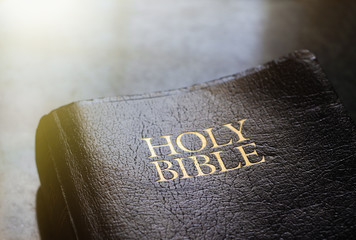