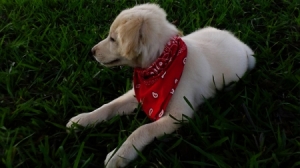 I have literally and actually seen the other side (spiritual realm) in both vivid visions and within dreams. In dreams I have also visited and passed through the borders that in which are in between.

There is not just one specific spiritual realm there are many parts of eternal dwelling spaces and places. Unique sphere of dimensions, of area.

Years ago, I had the privilege of assisting my dearly beloved pet whom I had to put down after her legs gave out due to a spell that was put on her by evildoers into making the transition over into the afterlife.

She was a mixed breed collie/shepherd and, of course, I know that by nature the german shepherd breed generally or eventually will develop the arthritis and complications with the hind legs. However, in her case those weren’t the usual circumstances.

Black Magic was done on my dog in an attempt to get back at me out of envy and spite.

Black Magic is often used in an attempt to make a situation to appear to happen naturally so that the genuine cause would never be traced or detected.

It was a pleasure and great experience for me to see my dog of seventeen years move forward by entering into a place of peace where she would be surrounded by my other deceased relatives who were good and true and welcoming with profound love and loyalty. Especially after she had to spend a few years in between the certain spiritual borders while negative energy/evil would try to block her pathways.

Intuitive ability has allowed me to view bits and pieces of my pet in the midst of creating and entirely new experience that is completely set apart from the life that she once lived and had here on the earth.

Every now and then I feel my dog’s presence, share moments with her within dreams, and see visions of her as she is very much at rest.

The connection and communication are still there.

It is no different from a distant relative who may live across the world living a whole completely different life but who would never get so distracted to not keep in touch.

I remember those words that my dog spoke to me in her mind while she visited me in one of my dreams. “I want to be with you everywhere you go”.

Those words melted my heart coming from her, it was so sweet and sincere. Our animals often tend to give more love and loyalty to their owners than some of them actually deserve.

My dog was spoiled and treated so nicely by my mother and I, though. And I sincerely told her in return “I want you with me everywhere I go”.

5 thoughts on “Baby At Peace”